In the dry season, visitors to the Brazilian Pantanal can readily see jaguars prowling for caiman on the banks of the region’s lazy rivers. But this lush tropical paradise is also famous for its vast cattle ranches, providing a recipe for conflict–and the perfect lab for creating models to prevent it.

In the dry season, visitors to the Brazilian Pantanal can readily see jaguars prowling for caiman on the banks of the region’s lazy rivers. But this lush tropical paradise is also famous for its vast cattle ranches, providing a recipe for conflict–and the perfect lab for creating models to prevent it.

My first encounter with a jaguar in the Brazilian Pantanal happened at night when I found myself staring into those green, piercing eyes that shone golden when the light from […]

Our adventure continues this week in Brazil's #Pantanal, where jaguars like this are frequently spotted. More: https://t.co/p6DI0eFxZI 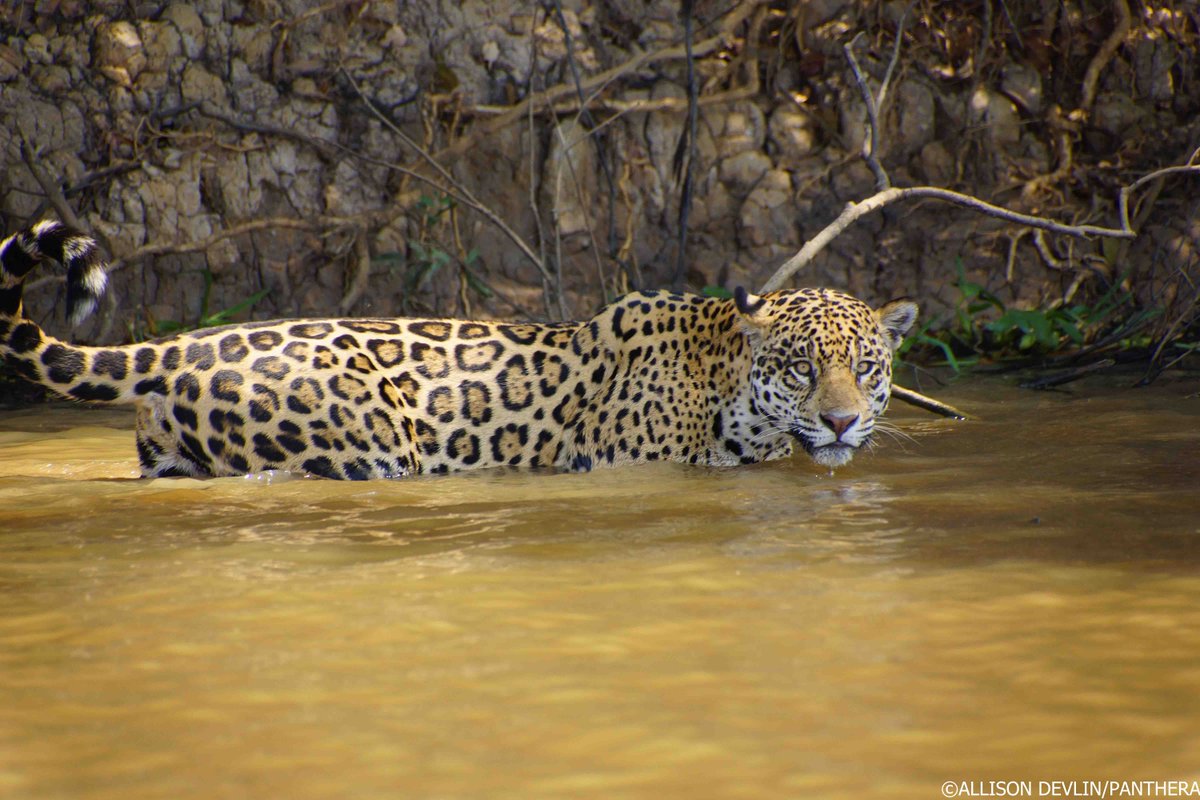 About to embark on the São Laurenço river, in the Pantanal, to visit the place where a jaguar was radio collared for the very first time. 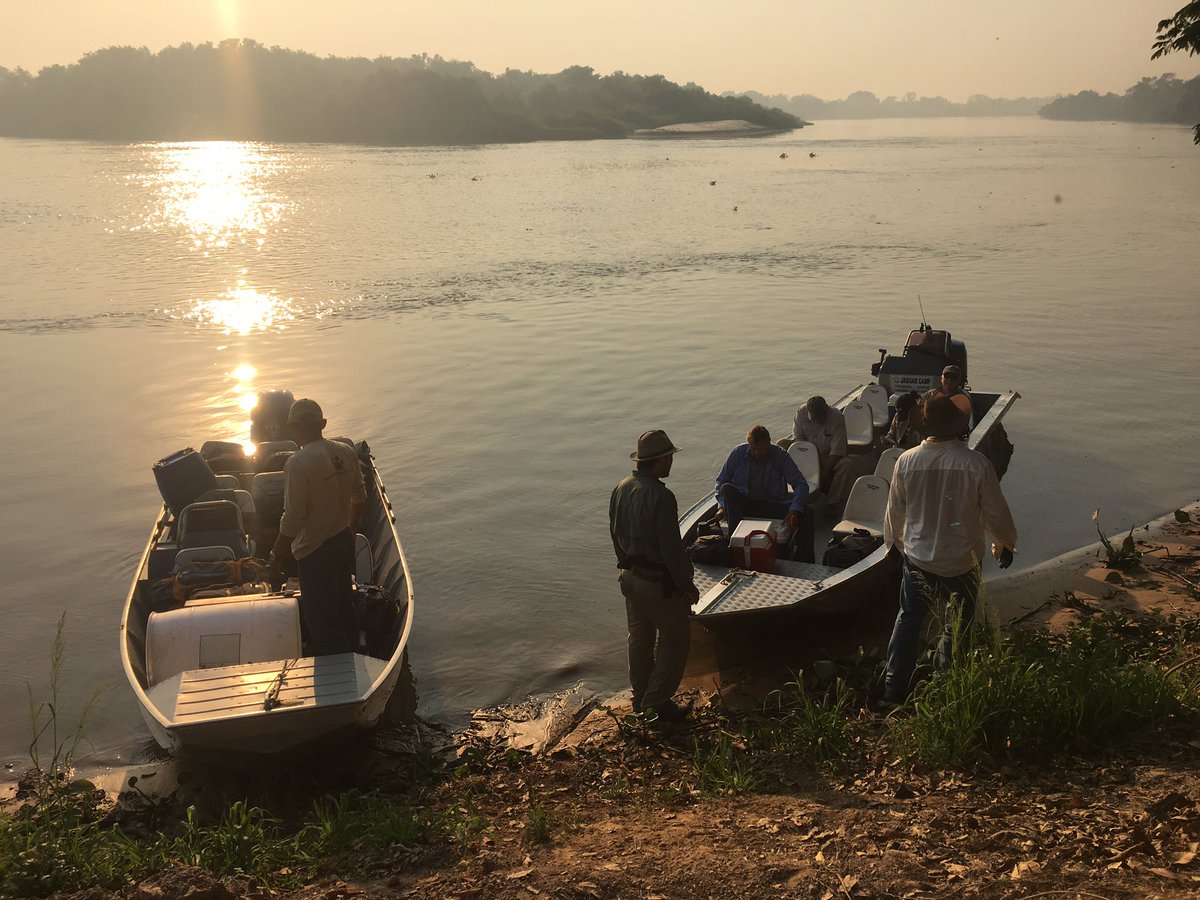 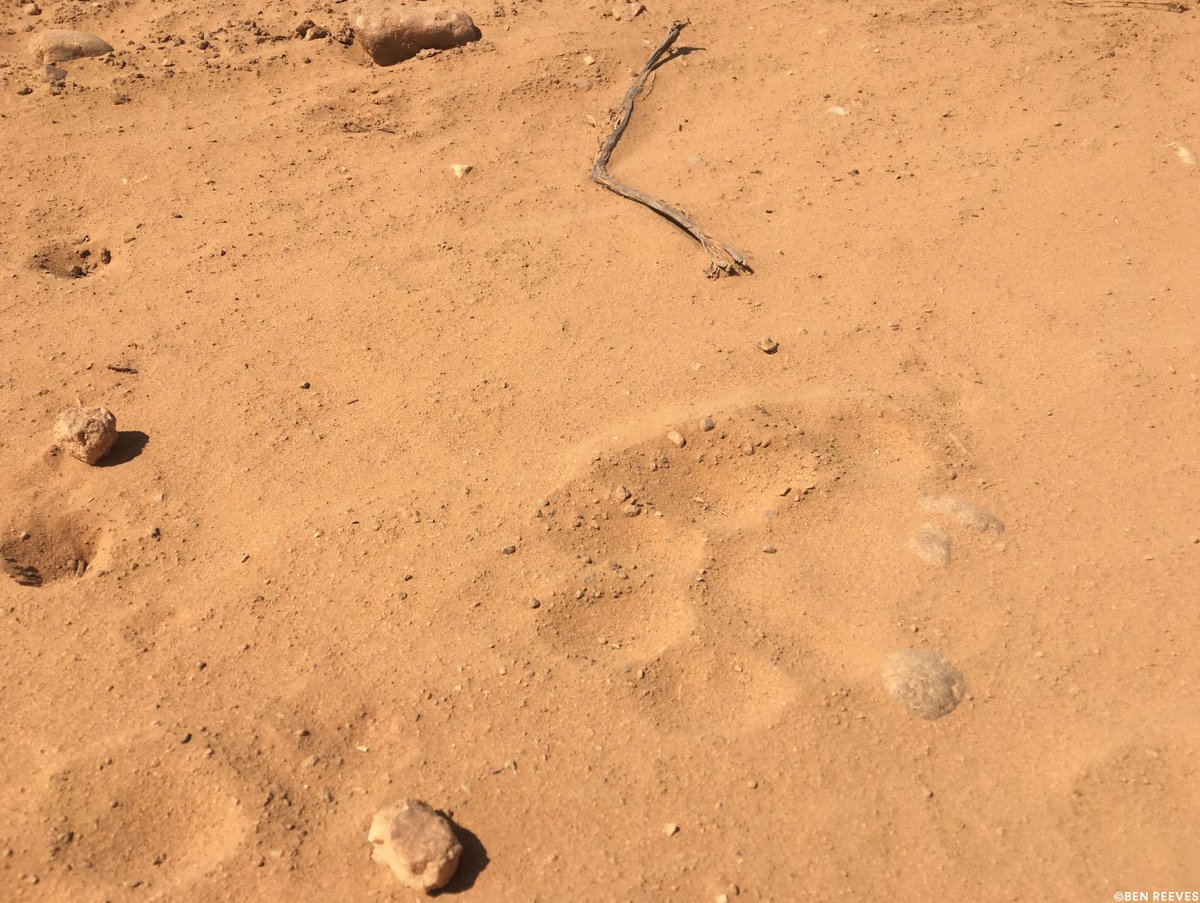 Sometimes the world hands you a gift, and it should be appreciated for the rare event it is. Today was such a day. We left late in the afternoon on our boat from Jofre Velho as the sun was already sinking in the sky. We were determined to at least catch a glimpse of one of the numerous jaguars that live along this part of the Cuiabá River.

After a long day of river travel, we reached Acurizal, a remote outpost where George Schaller broke ground in the study of wild jaguars.

The wetlands of the Pantanal in #Brazil are teaming with caimans. Though they may look intimidating to us, for jaguars they’re often lunch.

Water defines the #Pantanal. Major floods in the 1970s caused many ranchers to leave, returning the land to jaguars. https://t.co/UpwOifYyz9

Life along the #Pantanal rivers has its own pace. This woman lives with her husband, a fisherman, and pet parrots. They have few neighbors. 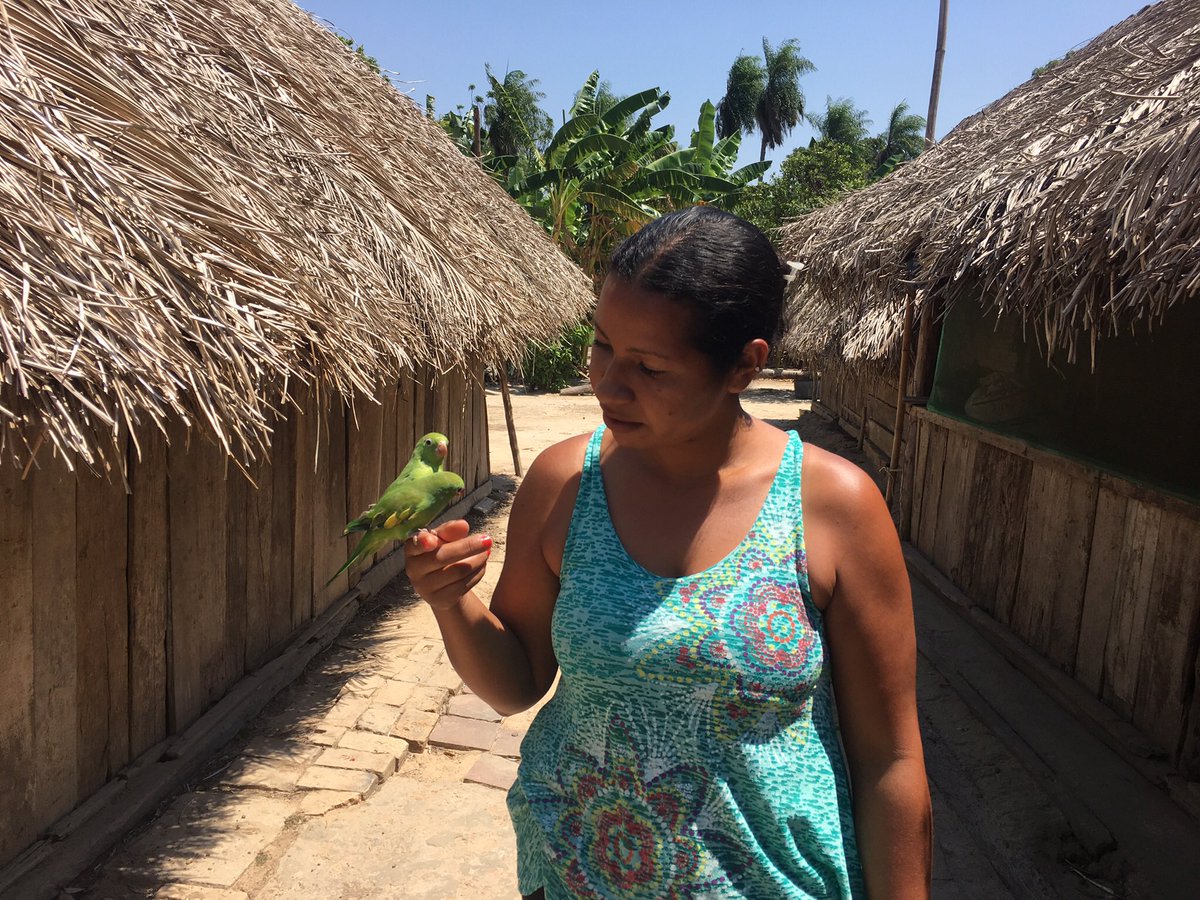 Education is a key tool in jaguar conservation. The students in @PantheraCats’ school in the Pantanal fill their drawings with biodiversity.

The Paraguay River, in the heart of the #Pantanal in #Brazil, is a region so remote many jaguars here may have never seen a human being.

.@DrRabinowitz reads his children’s book “A Boy and A Jaguar” to the students at @PantheraCats school in the Pantanal. 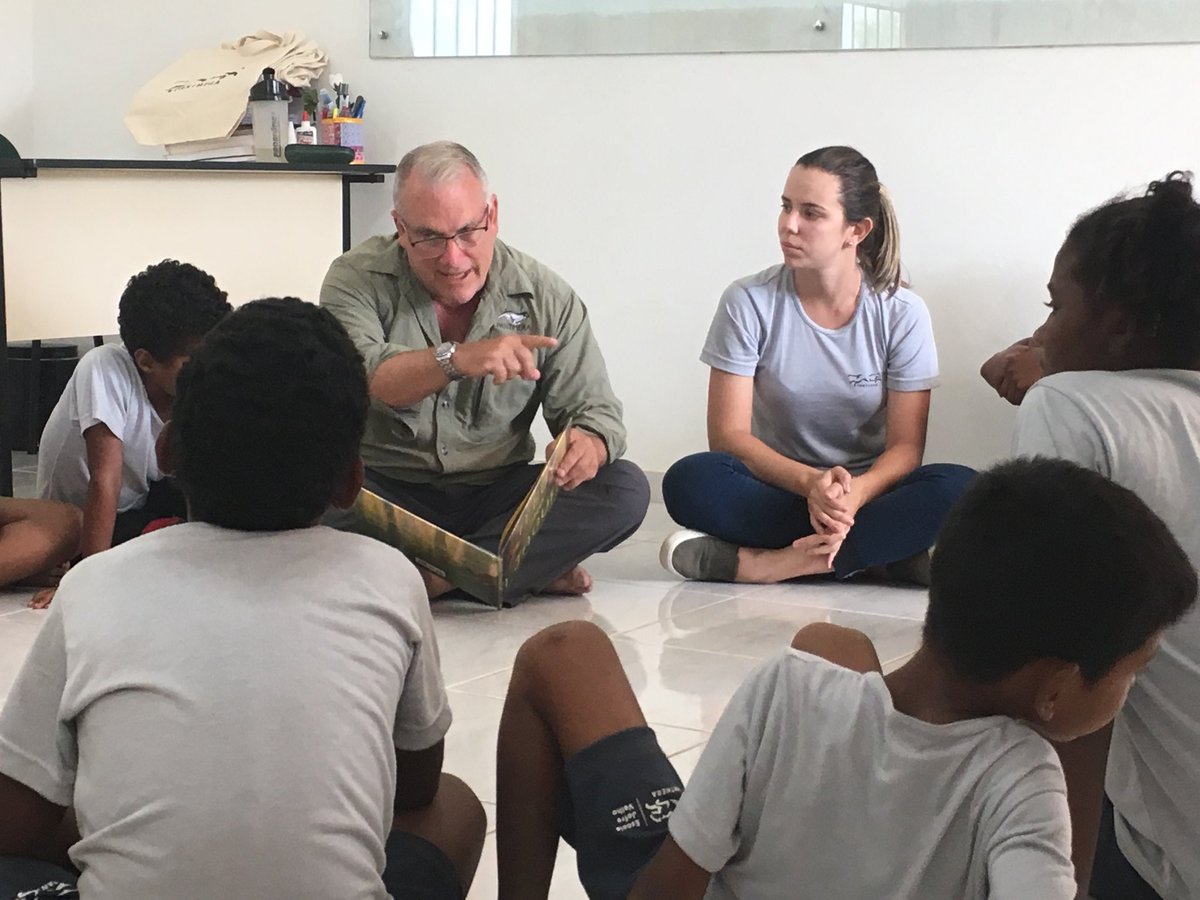 It’s tough to photograph a jaguar in the wild but guides like @pantanaltweets & videographers like @mauriciocopetti know how to do it right. 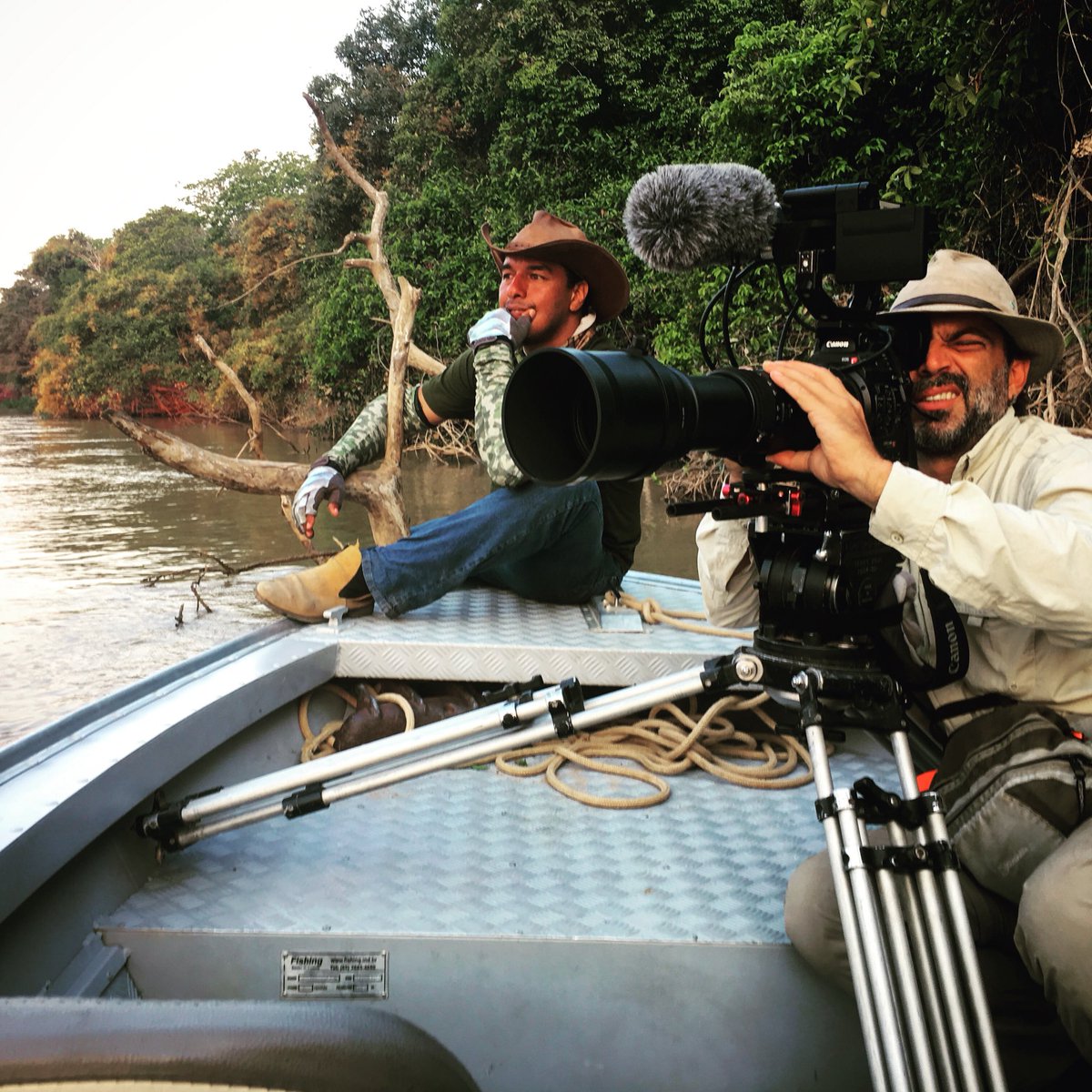 Traps similar to these have been used by poachers and hunters in the past to trap jaguars in the #Pantanal. But thanks to the hard work of rangers and researchers at places like Acurizal, these types of occurrences are far rarer now. 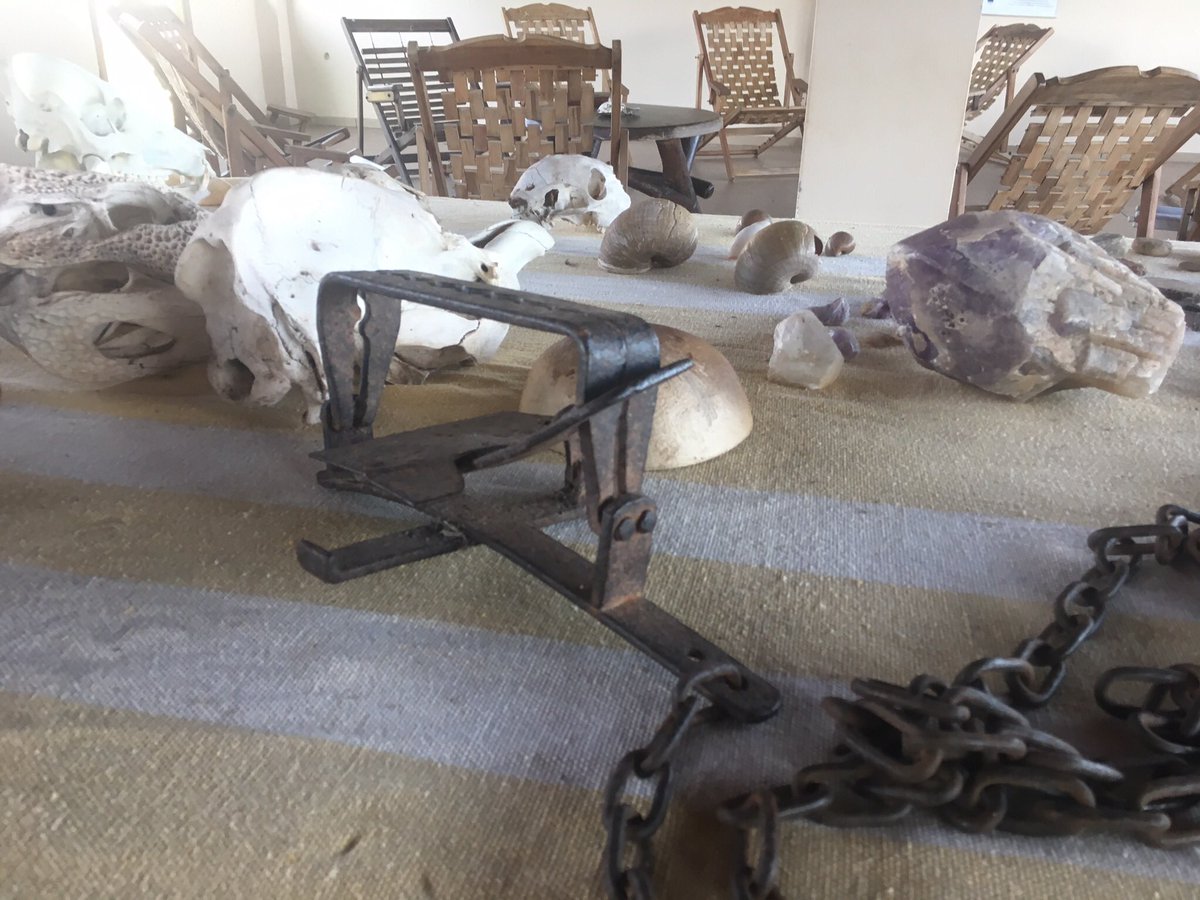 In the Pantanal in #Brazil the school day often starts with a boat ride on one of the regions ubiquitous rivers. These students were on their way to @PantheraCats Jaguar School, a key tool for instilling conservation values in the youngest generation.

Vicente, one of the last members of the indigenous Guato tribe of #Brazil spent some time with @DrRabinowitz to talk about the hunting techniques of past generations and the spiritual significance of the jaguar. 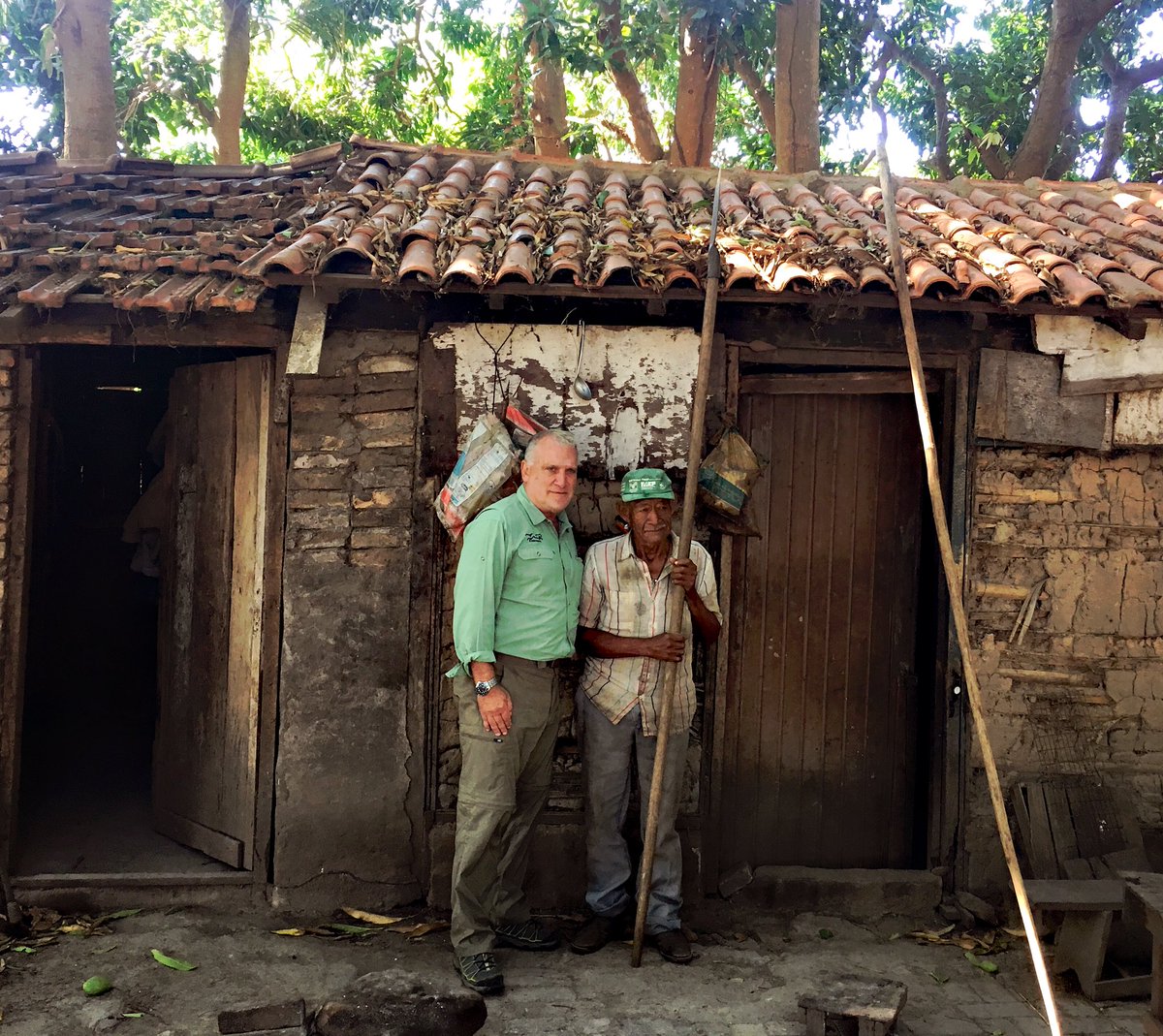 So few people live in the #Pantanal, which is essentially a massive network of rivers and wetlands, that even around science stations all you can often hear are birds and breeze. The cries of “alarm” birds may indicate a jaguar or other predator is nearby.

Throughout much of jaguar territory in Latin America, and especially the #Pantanal in Brazil, cattle ranching is the primary industry for many people. Preventing livestock/jaguar conflict is a core focus of @PantheraCats' work in Latin America. Photo, Rafael Hoogesteijn. 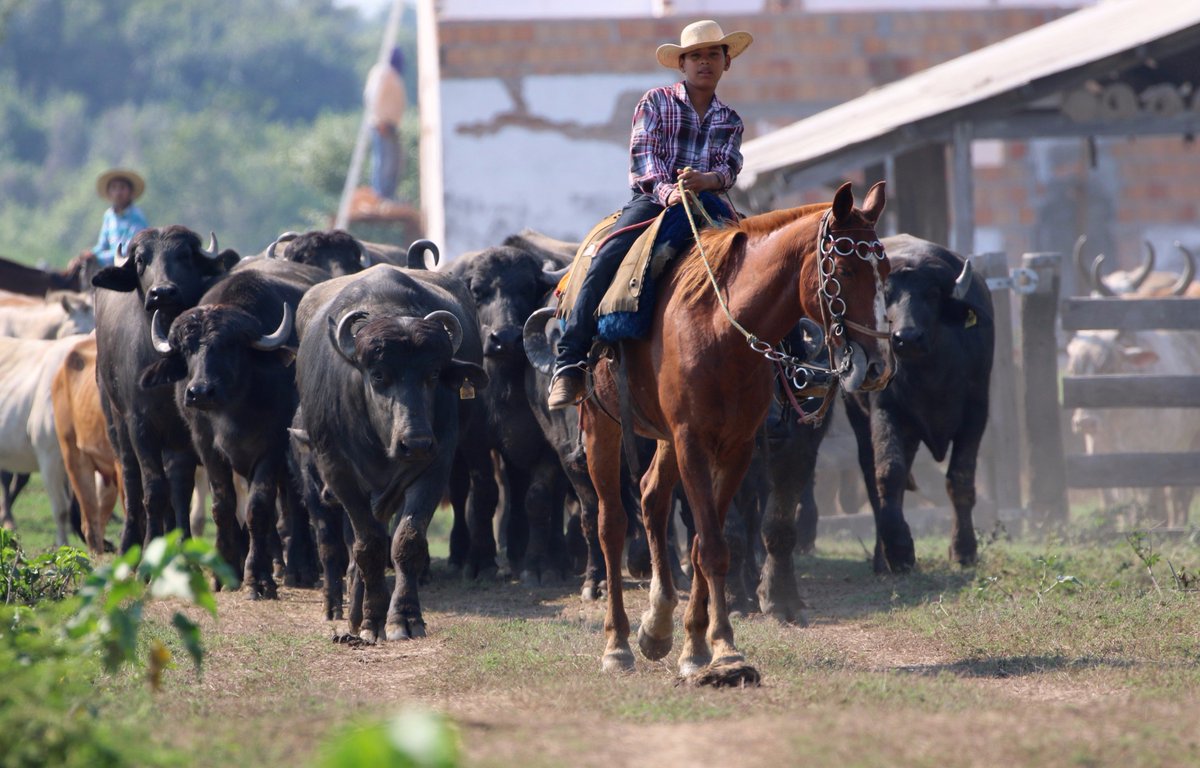 Why Panthera’s School Is Working in the Brazilian Pantanal

The chirps of songbirds and squawks of macaws ring through the air as the first rays of sun break over the world’s largest inland wetland. I sit with Suelen Leite, […]

A lot of the most important information we gather on the Journey of the Jaguar is gleaned from conversations with people such as this local #Pantanal farmer. Farmers and ranchers know their land and the animals on it—wild and domestic—better than just about anyone. 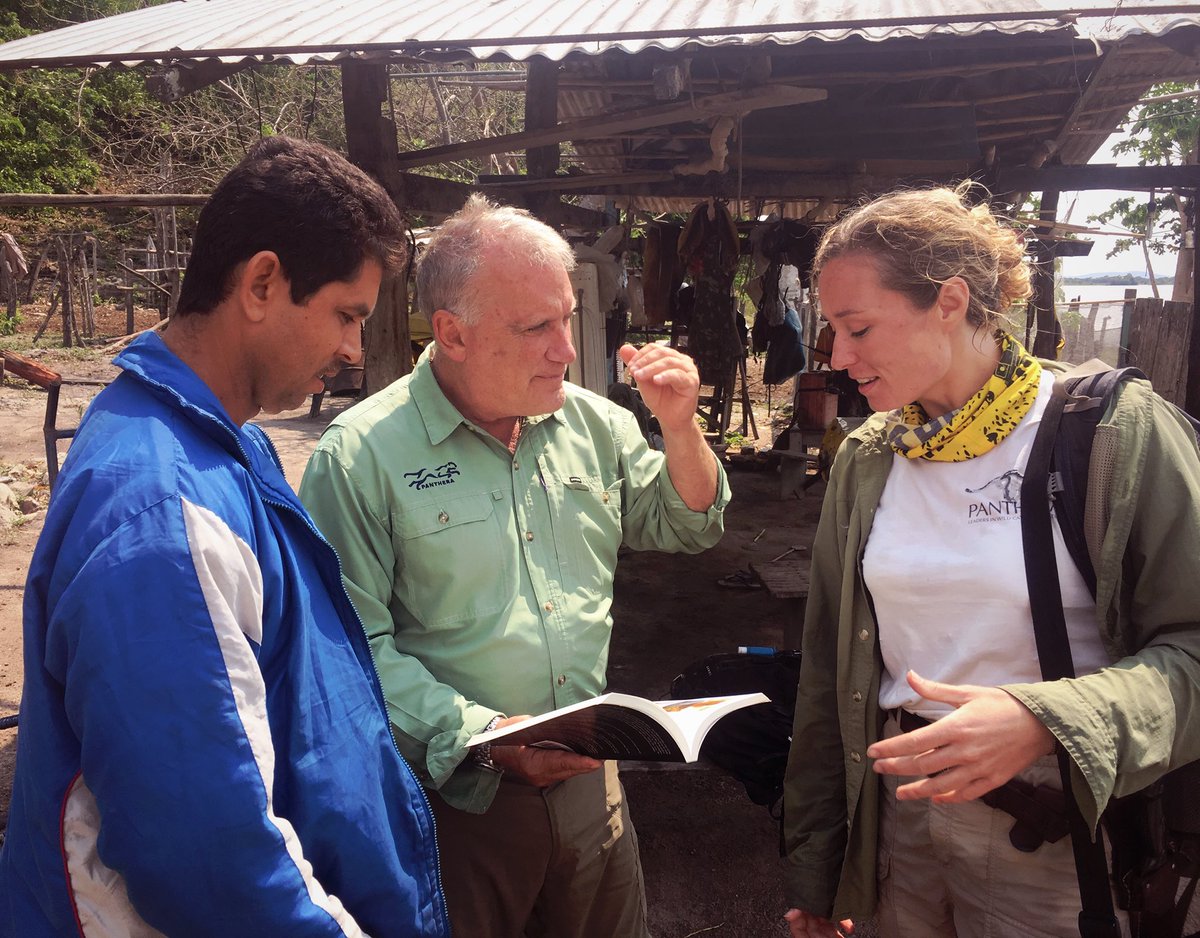 Cattle are huge business in the #Pantanal, and keeping them safe from hungry jaguars is a major goal of @PantheraCats in the region. One of our experts, explains how we do that: https://t.co/KEErG62LRA 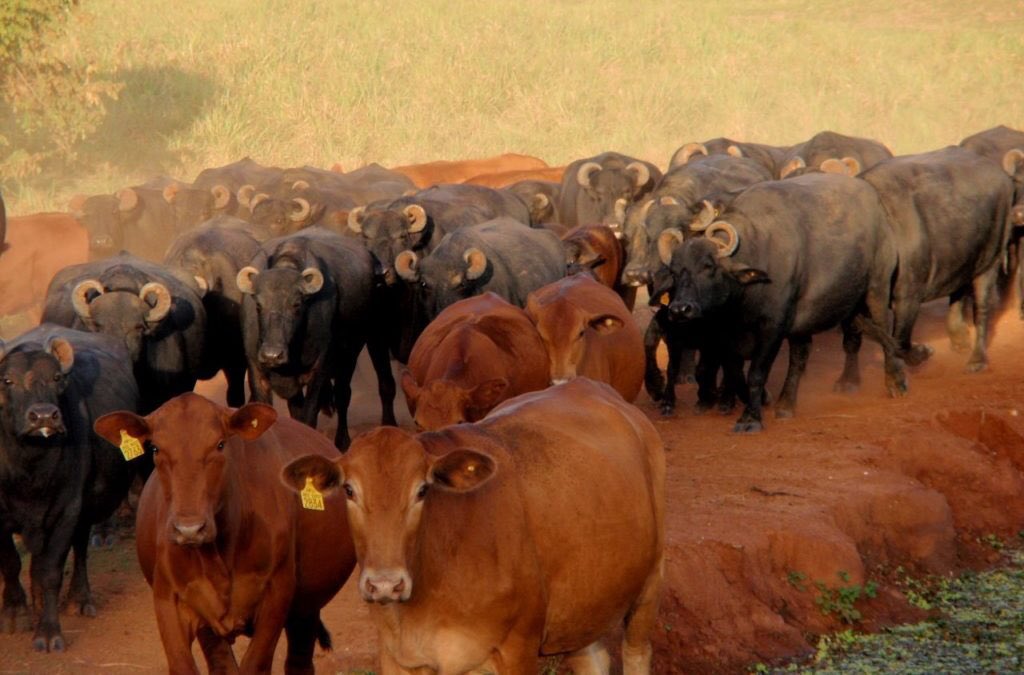 Understanding the beef between jaguars and cows

Throughout the Americas, the conservation of large carnivores like jaguars and pumas is strongly impeded by their attacks on and consumption of domestic animals and livestock. When livestock is predated, […]

Here at the Fazenda Jofre Velho property of Panthera Brasil in the northern Pantanal, we coexist with a high population of jaguars. In fact, this region has one of the highest […]